In memory of Alisher Rakhimov 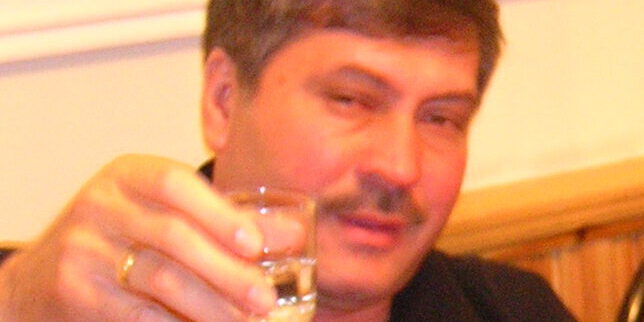 July, 15th 2018, I’m just retired from the “famous” GE and happy to sail for a longer time than usual. Three month I have planed and I just moored my sailboat in Königsberg/ Kaliningrad. A telephone call reached me from Azam Sadykov. He informed me that Alisher died. I’m so sad. A long-time friend and colleague died.  Alisher was too young to die.

Wit this message I wish to remember our common way.

In 1992 first time I met with Alisher in Tashkent during a business trip. He offered me support in introduction to local companies. I have taken his hand and this was the begin of a long-term relation and a friendship.

Alisher has introduced me to his family and he helped me to understand Uzbekistan and Central Asia.

When I became a Manager of our Joint Venture in Yekaterinburg in Russia he helped to arrange the first big business, the supply of MV-Substations for the urban transport of Bukhara.

That time we been still AEG. Later we became ALSTOM T&D. That time Alisher helped to establish our first Representative Office in Tashkent. Later he became an Employee of ALSTOM T&D and consequently he became the head of the office.

The Business in Uzbekistan developed slow, but Alisher was well involved into the Uzbek Management of the Energy sector. This was key to get business success. Every year € 2 to 4 Mio. The break through we reached within the project Uzbekistanskaya, a big amount of 500kV Equipment.

I’d like to remember the visit of Philippe Joubert and Michel Augonnet and Stanislaw Michalak, the CEO CTO and RVP of Alstom T&D. Alisher was very diplomatic always and a developer with Central Asian patience.

Alisher has helped to stay continuously, sustainable in Uzbekistan and was in tight contact with his colleagues in Tajikistan, Kazakhstan, Turkmenistan, and Azerbaijan and Georgia.

Even he was a little lazy way to learn foreign languages, he was always interested in expanding his knowledge. At a Moscow University he got an PhD in economics in 2010.

Alisher Rakhimov was a respected member of our team of Central Asia and later Russia CIS. Alisher is one of those team members and managers who “survived” the change from AEG to ALSTOM and AREVA and back to ALSTOM. The change to GE he didn’t made, he remained with ALSTOM Transport.

When I look at old pictures I lough. I remember our week of teambuilding in Turkey at a Sailing Yacht. The meetings in Prague and before in my House in Großenhain. I remember the Visit of my wife in Uzbekistan. We been guest at Alisher’s House. Or the Visit of Alishers Family to Germany. At least the visit of our Central Asia team to Meißen in Saxony. And the many meetings in Istanbul.

Nearly 30 years we worked together. I was happy to come to Uzbekistan always. I loved his hospitality. He died too early.

Alisher leaves his wife Valja and his sons and grandchilds.

This website uses cookies to improve your experience while you navigate through the website. Out of these, the cookies that are categorized as necessary are stored on your browser as they are essential for the working of basic functionalities of the website. We also use third-party cookies that help us analyze and understand how you use this website. These cookies will be stored in your browser only with your consent. You also have the option to opt-out of these cookies. But opting out of some of these cookies may affect your browsing experience.
Necessary immer aktiv
Necessary cookies are absolutely essential for the website to function properly. This category only includes cookies that ensures basic functionalities and security features of the website. These cookies do not store any personal information.
Non-necessary
Any cookies that may not be particularly necessary for the website to function and is used specifically to collect user personal data via analytics, ads, other embedded contents are termed as non-necessary cookies. It is mandatory to procure user consent prior to running these cookies on your website.
SPEICHERN & AKZEPTIEREN